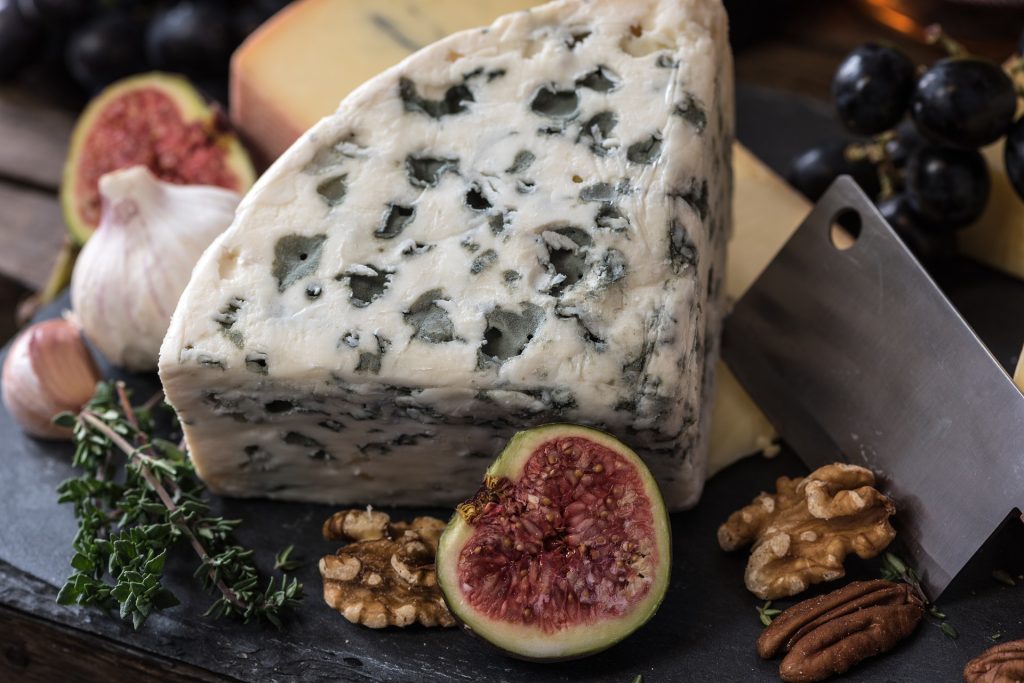 Probably it was the toughest decisions of ours to insert gastronomy into the topics. Not because of the lack of interest or having doubts about the popularity of such contents, but the contrary. Given the overall profile of this site and the underlying concept, such as the targeted audience, we had serious complications to decide which way to go: to provide “fine-dine” level of insights or be practical and bring gastronomy (back) into our own kitchen. We decided finally to follow our life’s routine: a little bit of this, a little bit of that …

Blue cheese is easy to fall in love with. It has a funny outlook, an incredible taste, history and style. There are legends around its impacts on health, nevertheless, it is not a medical science blog, so let us concentrate on the gastronomical relevance. Beforehand, a small history.

Blue cheese is believed to have been discovered by accident when cheeses were stored in natural, temperatures and moisture-controlled caves. Such an environment happens to be favorable for many varieties of mold. Fortunately the harmless ones. Thanks to the moist in the cave mold could form.

There is a legend about one of the first blue cheeses, Roquefort, according to which it was discovered by a young boy, eating bread and ewes’ milk cheese. He left his meal abandoned in a nearby cave after seeing a beautiful girl in the distance, and when he returned months later, the mold (Penicillium roqueforti) had transformed his cheese into Roquefort.

Gorgonzola is one of the oldest known blue cheeses, having been created around 879 BC though it is said that it did not actually contain blue veins until around the 11th century.

Stilton is a relatively new addition becoming popular sometime in the early 1700s. Many varieties of blue cheese that originated subsequently, such as the 20th century Danablu and Cambozola, were an attempt to fill the demand for Roquefort-style cheeses that were prohibitive due to either cost or politics.

In the European Union, many blue cheeses, such as Cabrales, Danablu, Gorgonzola, Roquefort and Blue Stilton, carry a protected designation of origin, meaning they can bear the name only if they have been made in a particular region. Similarly, individual countries have protections of their own such as France’s Appellation d’Origine Contrôlée and Italy’s Denominazione di Origine Protetta. Blue cheeses with no protected origin name are designated simply “blue cheese”.

This is a very easy receipe, though very tasty and spectacular. The secret is in the best ingredients, and  you r heart to put when preparing.

120g cream cheese (the creamier the better, preferably not goat, as that is too tasty in itself)
120g Roquefort, crumbled
50g Creme fraiche
1tsp Dijon mustard

Dry the chopped nuts in a dry pan for some minutes. Once you start to feel the smell, you are ready. Put the crumbled cheese, the cream cheese, the creme fraiche and the mustard into a bowl, and stir it with a wooden spoon, until it gets creamy enough. Add the salt and the pepper, such as the nuts (after cooling down).

Put the bowl into the fridge for the night. You can serve with crostinis, crackers, or anything crispy which has no particular flavor itself.

Cool as a cucumber