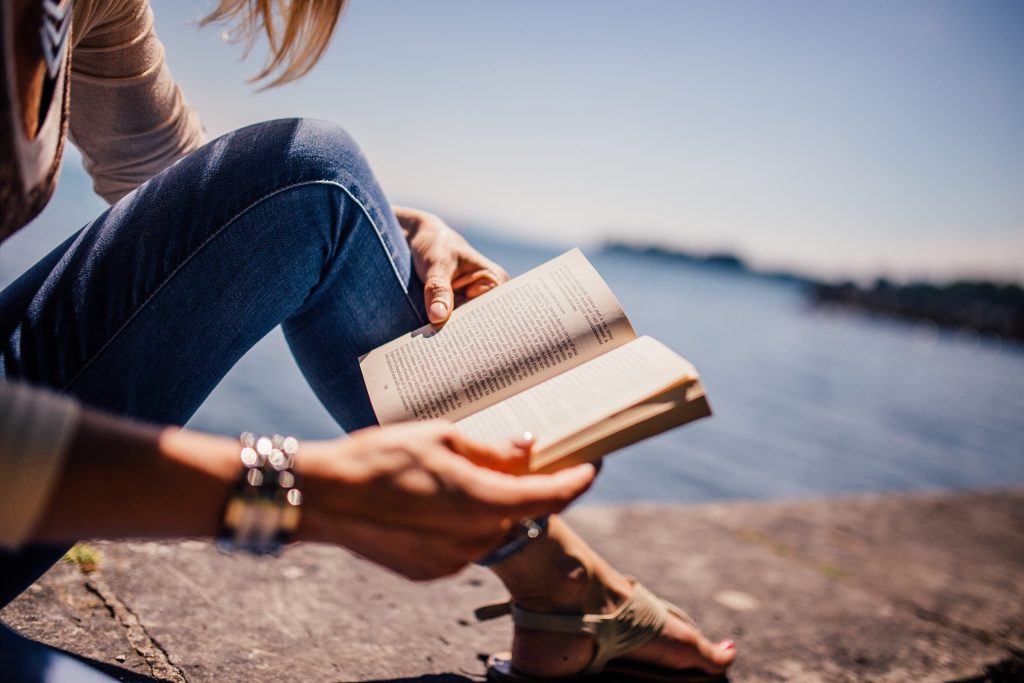 When first talking about the idea of writing book recommendations on this site, I received very mixed comments. Some enthusiastic ones, referring to similar intentions, and some like they cannot wait to read them. Received warnings, as well, about the tendencies of people reading less and focusing on compact, easily accessible information, mainly in the form of news. (Well, I can admit that I used to be one of those who were news addicts, hunting for all kinds of information, and yes, in the compact form, simply in order to acquire as much as possible.)

Notwithstanding the above, something drove me back to science – primarily behavioral sciences, psychology and philosophy – to understand and accommodate changes around me. I thought I might not be the only one. So, book recommendations are coming …

Philosopher Byung-Chul Han is one of the most recognized critics of the hyper-consumerist and neoliberal society, nowadays. The South Korean-born German author of the books Fatigue Society,  Psychopolitics: Neoliberalism and New Technologies of Power, The Burnout Society and The Expulsion of Difference focuses on this society and its effects on the individual.

In Orwell’s cult novel, 1984, which is a kind of a point of reference related to Han’s arguments,, the society was aware of being dominated, despite of which today,  it might be a question for most people if the domination exists at all.

The new surveillance society, that has arisen since 1984, argues Han in his book ‘Psychopolitics: Neoliberalism and New Technologies of Power’, works differently, although is more elegantly totalitarian and oppressive than anything described by Orwell. “Confession obtained by force has been replaced by voluntary disclosure,” he writes. “Smartphones have been substituted for torture chambers.”

Smartphones, for Han, are the multi-functional tools of auto-exploitation. We are all Big Brothers now. “Both the rosary and the smartphone serve the purpose of self-monitoring and control,” he explains. “Power operates more effectively when it delegates surveillance to discrete individuals.”

What capitalism realized in the neoliberal era, Han argues, is that it didn’t need to be tough, but seductive. This is what he calls ‘smartpolitics’. Instead of saying no, it says yes: instead of denying us with commandments, discipline and shortages, it seems to allow us to buy what we want when we want, become what we want and realize our dream of freedom. “Instead of forbidding and depriving it works through pleasing and fulfilling. Instead of making people compliant, it seeks to make them dependent.”

Politics, too, has been transformed in the era of ‘psychopolitics’. We are incapable of conceiving politics as a communal activity because we have become habituated to being consumers rather than citizens. Politicians treat us as consumers to whom they must deliver; we grumble about politics as consumers do about a disappointing product or service. Shock and buyers’ remorse are the only fitting attitudes towards politics conceived as an extension of shopping.

“Neoliberal politics is SmartPolitics: it seeks to please and fulfill, not repress.” But surely the truth is that torture chambers, the gig economy and the precariate as much as smartpolitics are our political reality. How might we resist psychopolitics? In this respect, Han cuts an intriguing figure. He rarely makes public appearances or gives interviews, he is not present in the social media. His Facebook page is said to have been set up by some admirers, and only recently did he set up an email address which he rarely uses. He is not ungooglable nor yet off the grid, but rather the professor at Berlin’s University of the Arts and has written 16 mostly lovely, slender volumes of elegant cultural critique.

The book’s last chapter is called “Idiotism”, and traces philosophy’s rich history of counter-cultural idiocy. Socrates knew only one thing, namely that he knew nothing. Descartes doubted everything in his “I think therefore I am”. Han seeks to reclaim this idiotic tradition. In an age of compulsory self-expression, he cultivates more the secrets and silence.

Perhaps, similarly, for our own well-being, in our age of overspeaking and underthinking, we might stop and go deeper sometimes, just to experience a different essence of being a human. An individual. While we are down under, at least, we are silent and less exposed… like a secret.

Thinking fast and slow. Too fast or too slow?