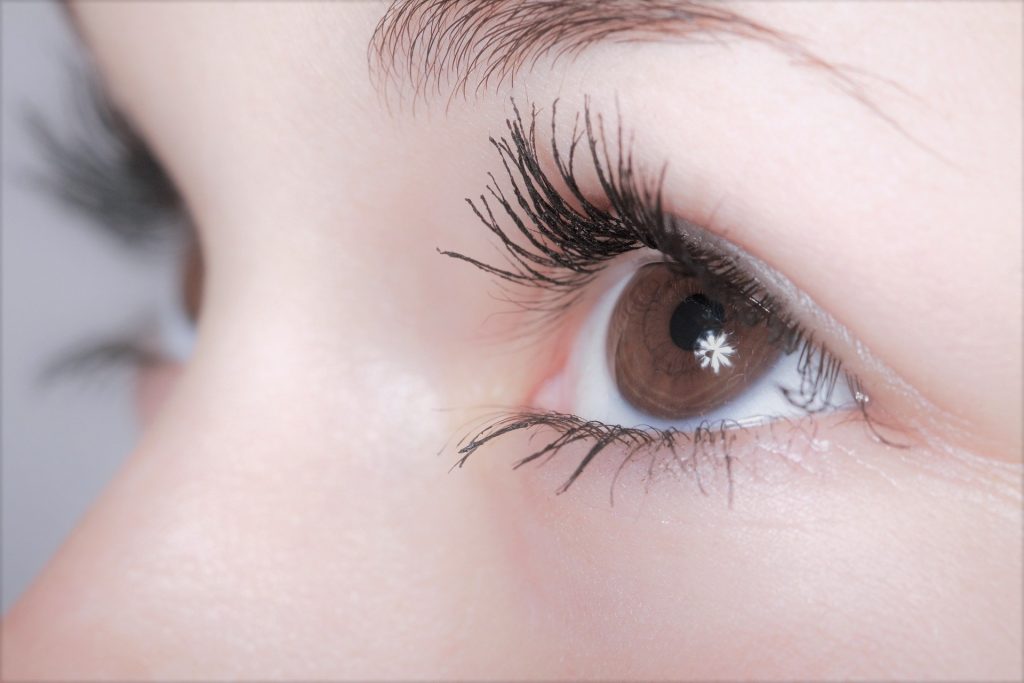 We all want to have nicer, longer eyelashes. If not longer, then thicker or curly. Most preferably all of them. A whole industry has been built up for producing and installing natural looking – but artificial eye-lashes which provide a perfect illusion.

Although, we all tend to long for the result, quite some of us are reluctant to use artificial particles on our face, regardless of being made of silk, horsehair, human hair or plastic. Not to mention the procedure of installing them with some adhesives close to our eyes.

Where does this whole thing come from? Interestingly, the history of the eyelash manipulation dates back to the 19th century, to 1879, more accurately. James D. McCabe wrote The National Encyclopædia of Business and Social Forms, where, in the section “Laws of Etiquette,” he stated that eyelashes could be lengthened by cutting the ends with a pair of scissors. Other beauty books, such as My Lady’s Dressing Room, from 1892, by Baronne Staffe, and Beauty’s Aids or How to be Beautiful, from 1901, by Countess C, state that the trimming of eyelashes along with the use of the pomade Trikogene benefit eyelash growth. The latter also adds that that eyelashes can be given extra length and strength by washing them with a mixture of water and walnut leaves.

In parallel to the “natural” solutions, in 1882, Henry Labouchère, in Truth, an English periodical,  reported that “Parisians have found out how to make false eyelashes” by having hair sewn into the eyelids. A similar report appeared later in The Dundee Courier, in 1899, which described the painful method for elongating the lashes. The headline of which read, “Irresistible Eyes May Be Had by Transplanting the Hair.” The article explained how the procedure achieved longer lashes by having hair from the head sewn into the eyelids.

In 1902, a German-born hair specialist and noted inventor, Charles Nessler, (aka Karl Nessler or Charles Nestle) patented “A New or Improved Method of and Means for the Manufacture of Artificial Eyebrows, Eyelashes and the like” in the United Kingdom. By 1903, he began selling artificial eyelashes at his London salon.

In 1911, the Canadian Anna Taylor patented false eyelashes in the United States. Taylor’s false eyelashes were designed using a crescent-shaped, strip of fabric, which had tiny pieces of hair placed on them.

Probably the most recognised  inventor of eyelash extensions is Maksymilian Faktorowicz, a Polish beauty guru and businessman, who founded the company Max Factor.

In 1916, director D. W. Griffit wanted actress Seena Owen to have lashes “that brushed her cheeks, to make her eyes shine larger than life”, in his film Intolerance. The false eyelashes were made from human hair, specifically woven piece by piece by a local wig maker, and were adhered using spirit gum, commonly used for affixing wigs.

By the 1930s, false eyelashes were becoming more acceptable for the average woman to wear. This shift in cultural opinion was largely due to the influence of film actresses, that were seen wearing them on screen. Featured in Vogue, false eyelashes had officially become mainstream and given the “Vogue” stamp of approval.

In the 1960s, false eyelashes became the centerpiece of makeup. During this era, eye makeup that gave women big doll-like eyes was very common. They achieved this look by applying false eyelashes on both the top and bottom eyelashes. Models like Twiggy, helped popularize this trend and are often associated with them.

In 1968, at the feminist Miss America protest, protestors symbolically threw a number of feminine products into a “Freedom Trash Can.” These included false eyelashes, which were among items the protestors called “instruments of female torture” and accouterments of what they perceived to be enforced femininity.

In 2008, Aesthetic Korea Co., Ltd. began to manufacture products as semi-permanent eyelashes, which became popular in Korea. Since then, several similar companies have started to set up, which has had a considerable impact on neighboring countries, including China and Japan. However, due to South Korea’s annual rise in labor costs, many manufacturers have moved to China or Vietnam.

In 2014, Miami-based Katy Stoka, founder of One Two Cosmetics, invented the magnetic false lash as an alternative to those that utilize glue. Today magnetic eyelashes are becoming more and more common, with many mainstream brands like Ardell and To Glam, offering more affordable options. However, these are false eyelashes and not eyelash extensions.

An alternative to the artificial eyelashes

Similar to the magic of faster-growing and thicker hair, finding a solution for eyelashes has been on the table since for a while, as an alternative to artificial products. Although literally growing the lashes is still a big question mark (we do not refer to the drug used for restoring lash-loss due to illnesses or other health disorders), avoiding optical problems due to breakage, drying out and other problems resulting in poor quality is not impossible.

Several products offer solutions for a part or all of the possible problems, with slightly different ingredients, technologies and – of course – prices. One of our favorites, RevitaLash describes itself as THE brand for eyelash extension and eyelash compaction. Its products extend the life and growth of the lashes so that they can “grow longer, denser and fuller”.

Ophthalmologists and dermatologists have intensively tested the eyelash serum – as stated on the website. The products contain, among other things, peptides (proteins) and plants with a calming effect that strengthen, nourish and grow the eyelashes.

We decided to give a chance to the product and report the results. Would you like to join? You can find the products here.

We are participating in so-called affiliate programs, which means that we may receive some small commissions after your purchases when you use the links here. The commission is paid by the vendors and does not anyhow affect the purchase price you pay. We use the so earned commission to improve our website and to deliver quality content for you. Important to note that in case of any queries, complaints, you shall turn to the vendors, directly.

Hype or hide – some words on niche perfumes

Niche perfumes – A, for Amouage