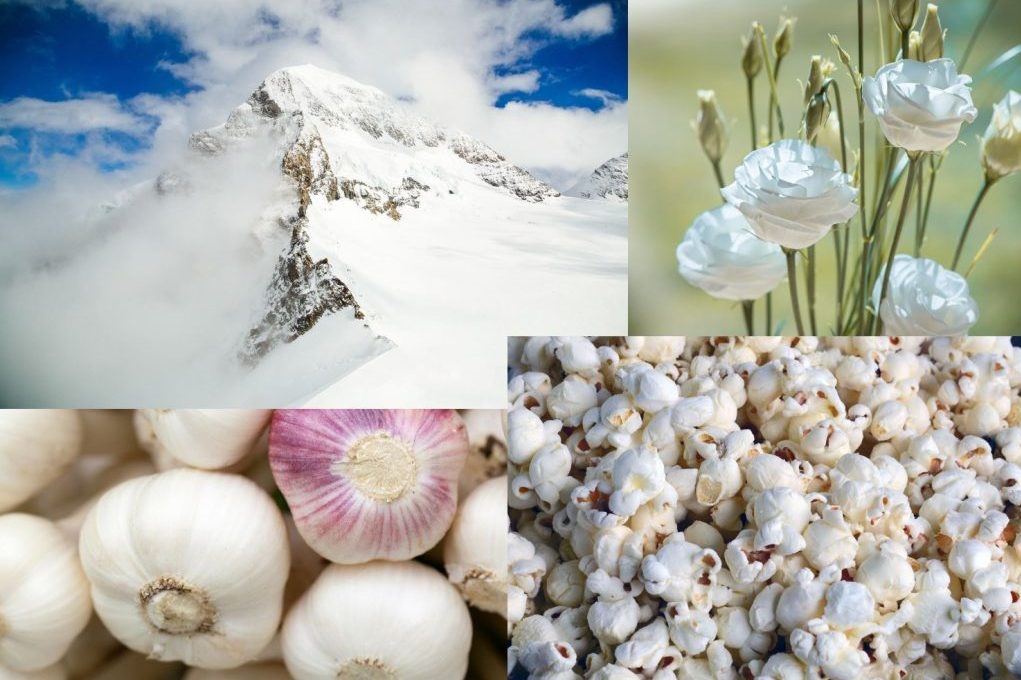 Negative associations: distant, impersonal, cold, too perfect, too artificial, too contrast and overwhelming.

Egypt:  white was connected with the goddess Isis. The priests and priestesses of Isis dressed only in white linen, and it was used to wrap mummies.

Greece: and other ancient civilizations, white was often associated with mother’s milk. The ancient Greeks saw the world in terms of darkness and light, so white was a fundamental color.

Rome:  the priestesses of the goddess Vesta dressed in white linen robes, a white palla or shawl, and a white veil. They protected the sacred fire and the penates of Rome. White symbolized their purity, loyalty, and chastity. In the time of the Emperor Augustus, no Roman man was allowed to appear in the Roman forum without a toga.

China: undyed linen clothing is worn at funerals. Small sacks of quicklime, one for each year of the life of the deceased are placed around the body to protect it against impurity in the next world, and white paper flowers are placed around the body. White is the color of reincarnation, showing that death is not a permanent separation from the world. White is associated with the masculine (the yang of the yin and yang); with the unicorn and tiger; with the fur of an animal; with the direction of west; with the element metal; and with the autumn season.

Europe and the United States: white is the color most often associated with perfection, the good, honesty, cleanliness, the beginning, the new, neutrality, and exactitude.

It is an important color for almost all world religions. In France, white was one of the first colors used in art. Paleolithic artists used calcite or chalk, sometimes as a background, sometimes as a highlight, along with charcoal and red and yellow ochre in their vivid cave paintings.In Western cultures and in Japan, white is the most common color for wedding dresses, symbolizing purity and virginity. Until the 16th century, white was commonly worn by widows as a color of mourning.

White was the dominant color of architectural interiors in the Baroque period and especially the Rococo style that followed it in the 18th century. Church interiors were designed to show the power, glory and wealth of the church.

It was also a fashionable color for both men and women in the 18th century. Men in the aristocracy and upper classes wore powdered white wigs and white stockings, and women wore elaborate embroidered white and pastel gowns.

Christianity: the pope, the head of the Roman Catholic Church, has worn white since 1566, as a symbol of purity and sacrifice. In the Roman Catholic Church, white is associated with Jesus Christ, innocence and sacrifice. Since the Middle Ages, priests wear a white cassock in many of the most important ceremonies and religious services connected with events in the life of Christ.

Islam: white clothing is worn during required pilgrimage to Mecca, or Ihram pilgrimage (Hajj).Hajj. Called Ihram clothing, men’s garments often consist of two white un-hemmed sheets (usually towelling material). The top (the riḍā) is draped over the torso and the bottom (the izār) is secured by a belt; plus a pair of sandals. Women’s clothing varies considerably and reflects regional as well as religious influences. Ihram is typically worn during Dhu al-Hijjah, the last month in the Islamic calendar.

Judaism: during the rituals of Yom Kippur, the ceremony of atonement, the rabbi dresses in white, as do the members of the congregation, to restore the bonds between God and his followers.

Shinto: an area of white gravel or stones marks a sacred place, called a niwa. These places were dedicated to the kami, spirits which had descended from the heavens or had come across the sea. Later, temples of Zen Buddhism in Japan often featured a Zen garden, where white sand or gravel was carefully raked to resemble rivers or streams, designed as objects of meditation.

Buddhism: white is the color of learning and knowledge in Buddhism. It is represented by the Buddha Vairocana. The eyes are associated with white. White is in the elemental group water. If meditated upon, white can cut the delusion of ignorance and turn it into the wisdom of reality.

Color of the month: grey – meaning and symbolism

Color of the month: yellow – meaning and symbolism

Color of the month: red – meaning and symbolism