Byredo is a European luxury brand founded in Stockholm in 2006 by Ben Gorham, with an ambition to translate memories and emotions into products and experiences.

Ben Gorham is a native Swede, born to an Indian mother and a Canadian father and grew up in Toronto, New York and Stockholm. He graduated from the Stockholm art school with a degree in fine arts, but meeting with perfumer Pierre Wulff brought a significant change in his life, as he convinced him that he would rather create fragrances than paintings.

My personal experience is that BYREDO’s is a rather divisive concept, due to its unique approach and sometimes unique choices of scents, such as its choices related to the distribution channels and the business development directions.

One of Gorham”s the earliest inspiration has its roots in his childhood memories connected to his father, who left when Gorham was only six years old. He decided to bring these memories back in a modern way.  He travelled to his mother’s home town outside Mumbai, where he found himself surrounded by the aromas of incense and spices. He realized that a perfume could take one to places – similarly to music – in a very instant way.

The inspiring meeting with Pierre Wulff, that has practically had a life-changing impact on Gorham thanks to Wulff’s translations of memories into scent form, took him so much that he wanted to share them. The tiny scale of production made producing bottled perfumes impractical, so Gorham started with candles, the glasses of which were sourced from IKEA. Friends fell in love with them. Strangers also began to call and ask for samples….

The idea of creating the brand ‘BYREDO’ was born. It comes from the old English word, ‘redolence’, which might even be Shakespearean, meaning ‘sweet-smelling perfume’. He shortened the name, registered the website – and was right into the middle of the business.

With no formal training in the field, Gorham, in his age of 31, went on to seek out other renowned perfumers, including Olivia Giacobetti and Jérôme Épinette, to create the shareable fragrances themselves, focusing always on craftsmanship and quality. Gorham does not claim to be a perfumer, but his creativity – and his connections to art, and his personal style – have helped to put BYREDO on the map. Each new fragrance – perfume, cologne, room scent, textile fragrance – is inspired by his memories of times and places.

Gypsy Water, for instance – one of the debut fragrances (which along with Encens Chembur and Rose Noir can still be enjoyed today) – is a glamorisation of the Romany lifestyle: the scent of fresh soil, deep crests and campfires, mixed with bergamot, lemon, juniper and pepper, filtered with incense, pine needs, orris (iris) and perfected by vanilla, amber and sandalwood. 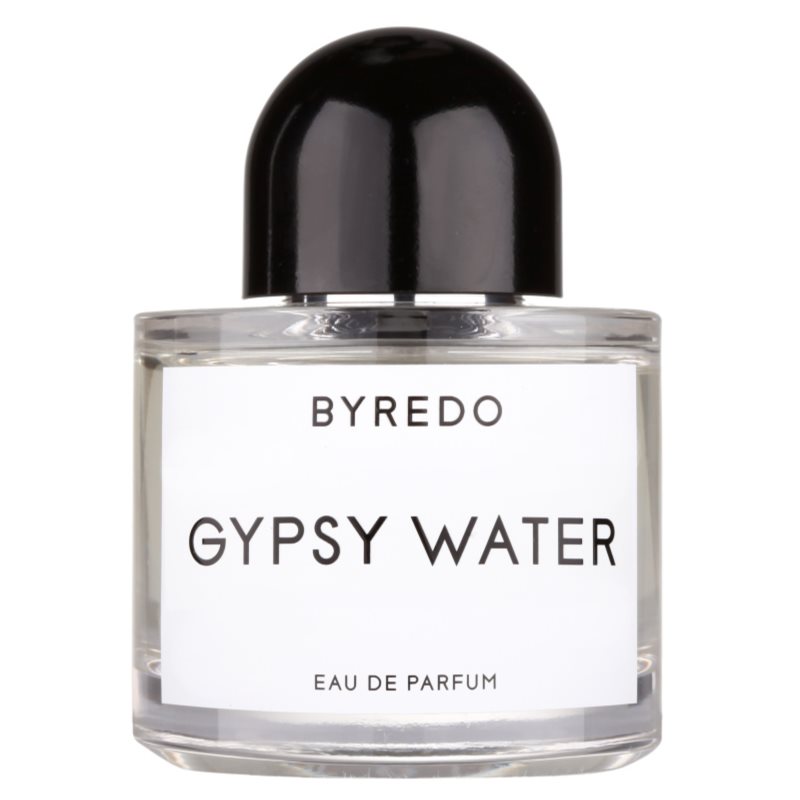 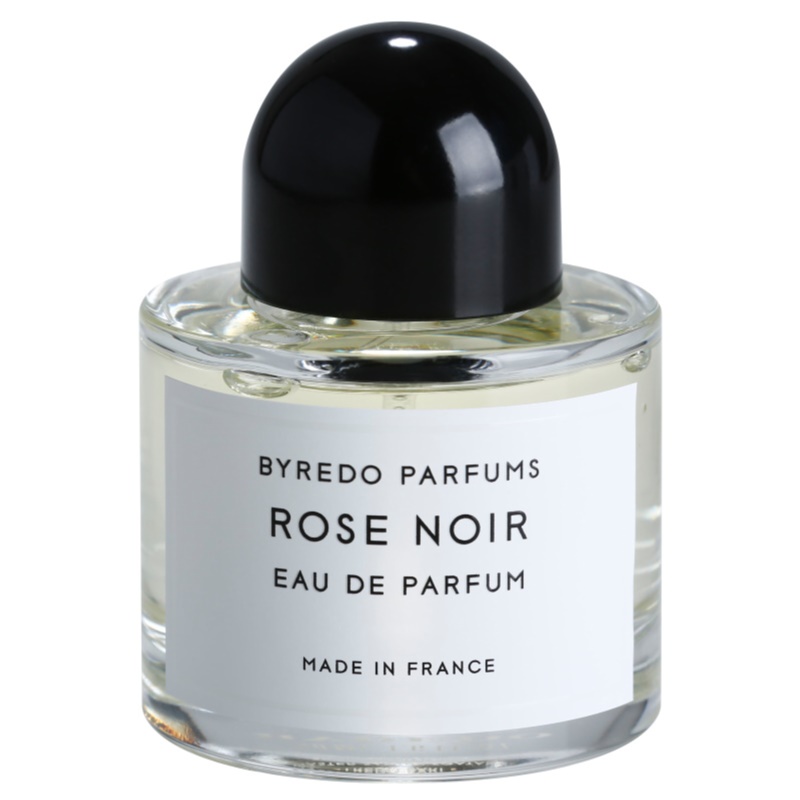 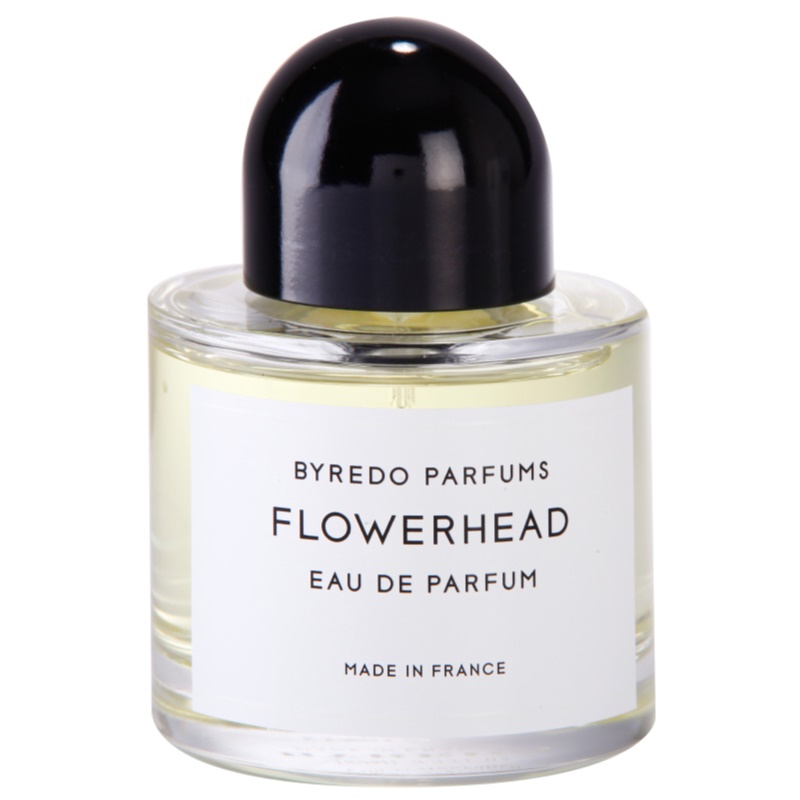 Flowerhead has been a huge hit, from the moment of its launch in 2014, inspired by Gorham’s cousin’s Indian wedding, which was the first traditional Indian wedding he participated. The fragrance was about capturing the idea of an Indian bride, rather than just the wedding. The description comes from the tradition of covering the bride’s hair with floral motives. This is why he gave the name ‘flowerhead’. The Jérôme Épinette creation pulses exotically with tuberose, wild jasmine, rose petals, with traditional Scandinavian lingonberry and Sicilian lemon (giving a beautiful freshness), such as fresh amber and suede, the two latter providing the base.

Most of the fragrances are considered ‘shareable’, or unisex, however the collection makes a nod to the style of a masculine fragrance, via Mister Marvelous, Super Cedar and Baudelaire, named after the French poet and swirling with black pepper, caraway, juniper, leather, black amber and patchouli. Many of BYREDO‘s bestsellers are now offered as ‘roll-on’ oils, ideal for travel – but also a perfect introduction to some of the scents in its portfolio. 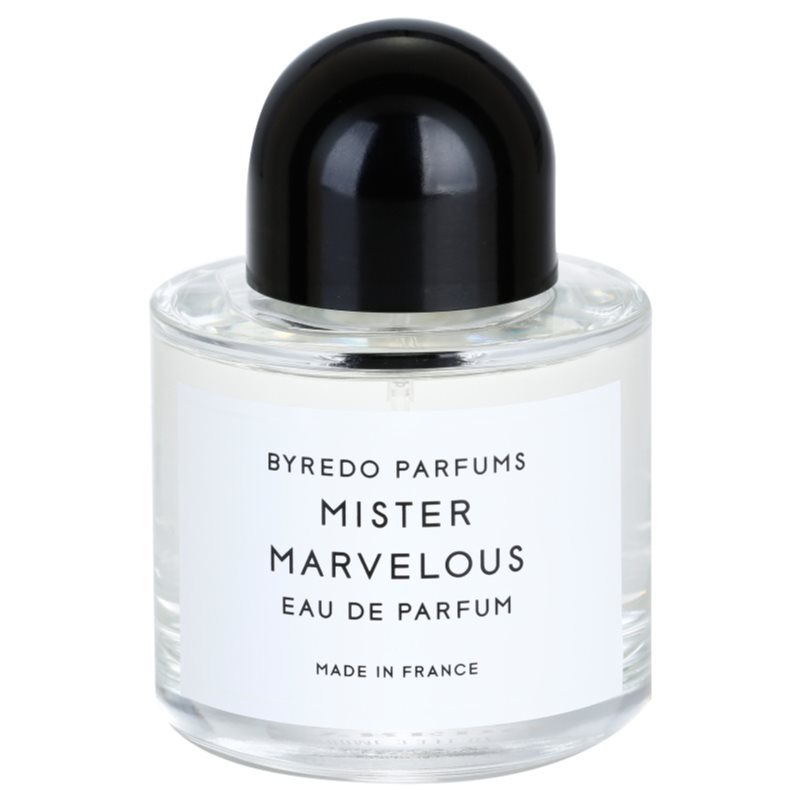 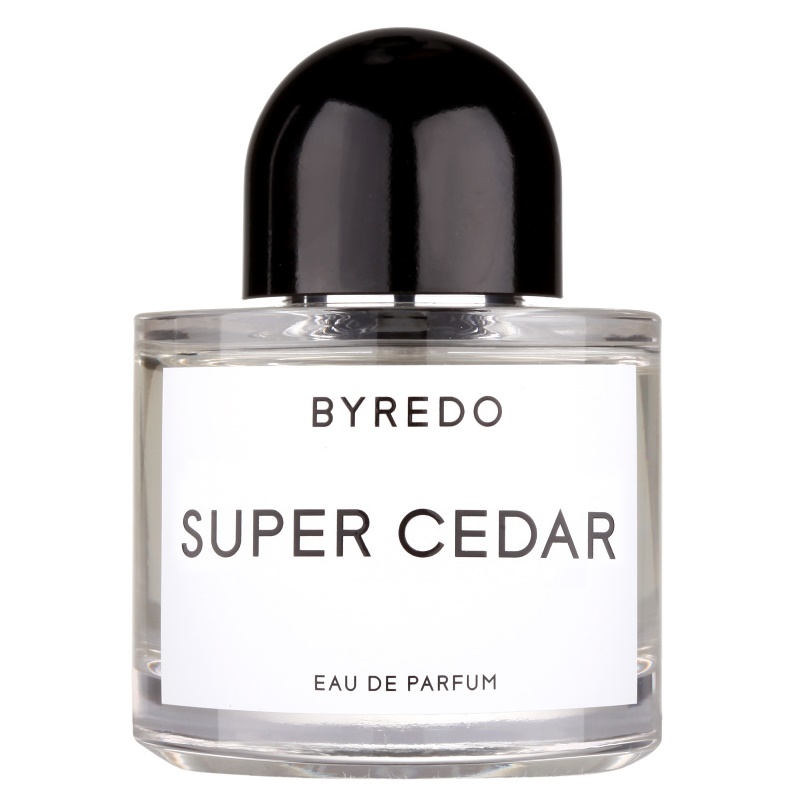 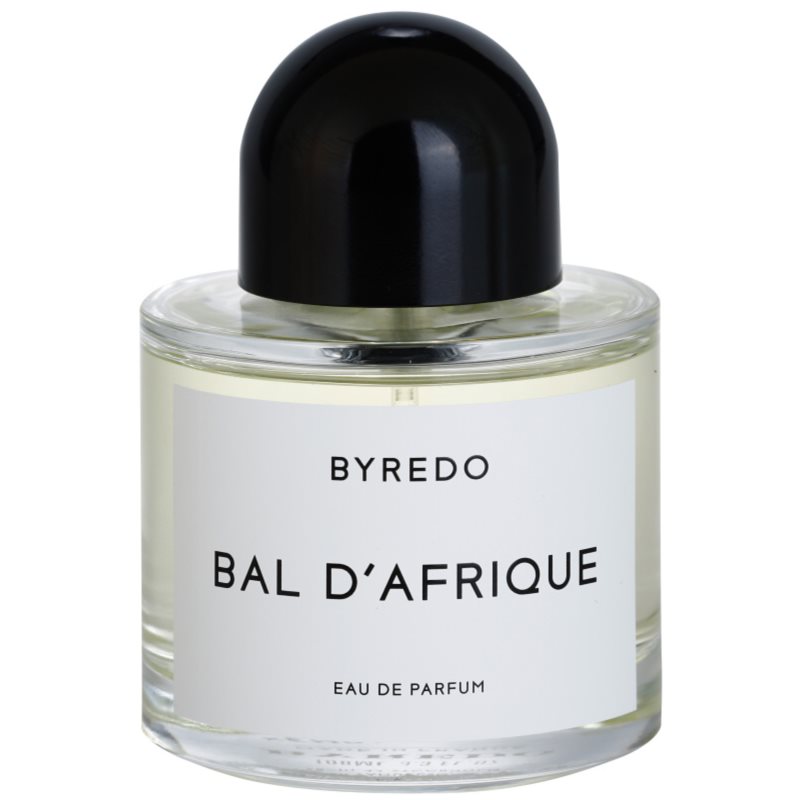 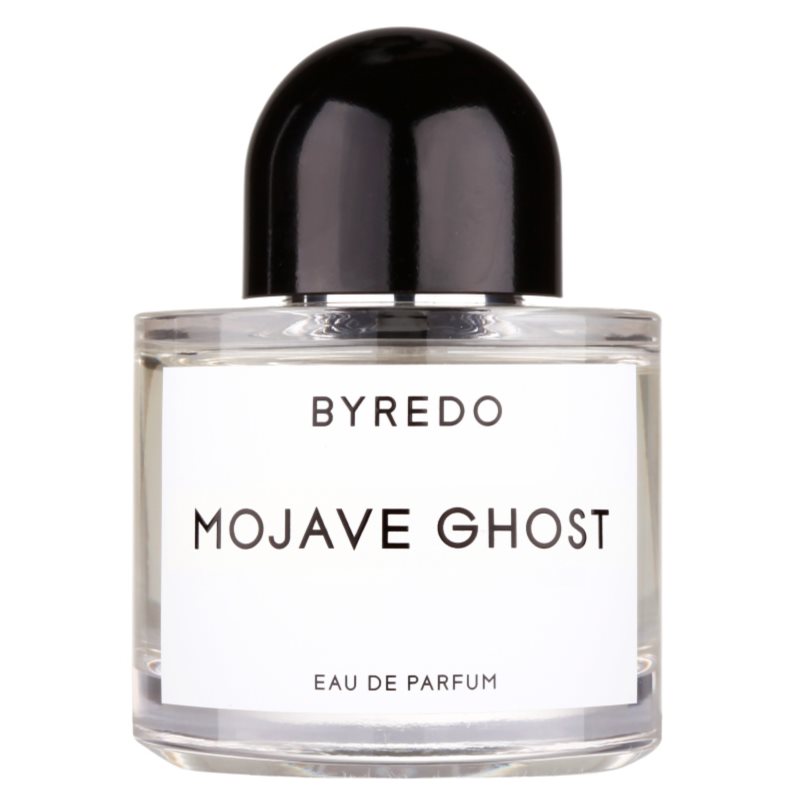 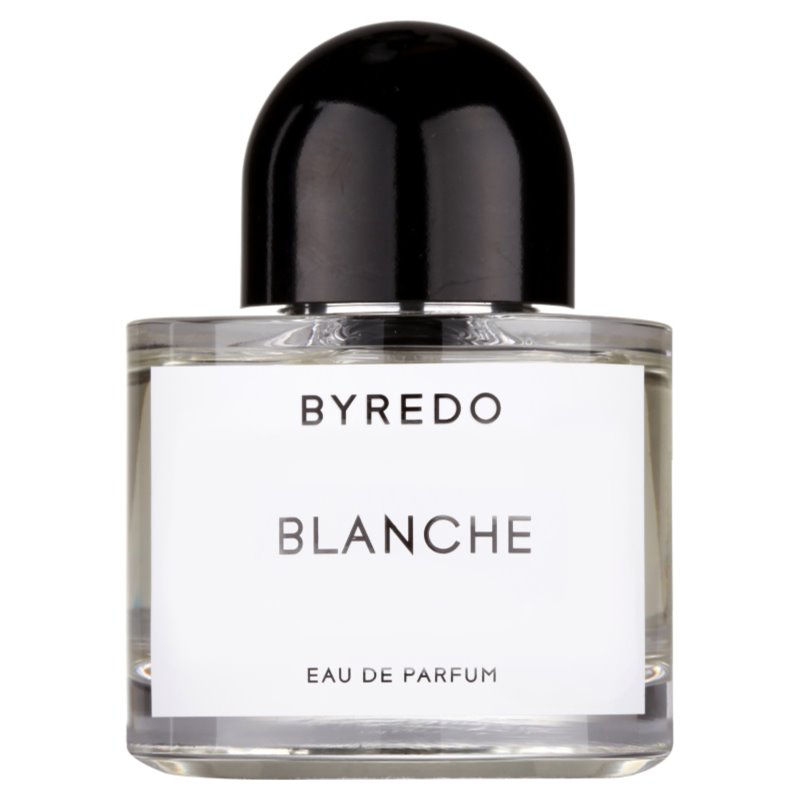 In addition to fragrances for the body, BYREDO is setting the trend for fragrancing the hair in the most stylish way, via scents including Gypsy Water, Bal d’Afrique, Mojave Ghost, Blanche and more.

Have you discovered the BYREDO Kabuki Brush, which literally paints fragrance onto your skin? That is a unique approach, which might have come from Gorham’s fine art background and his different kind of sensitivity. 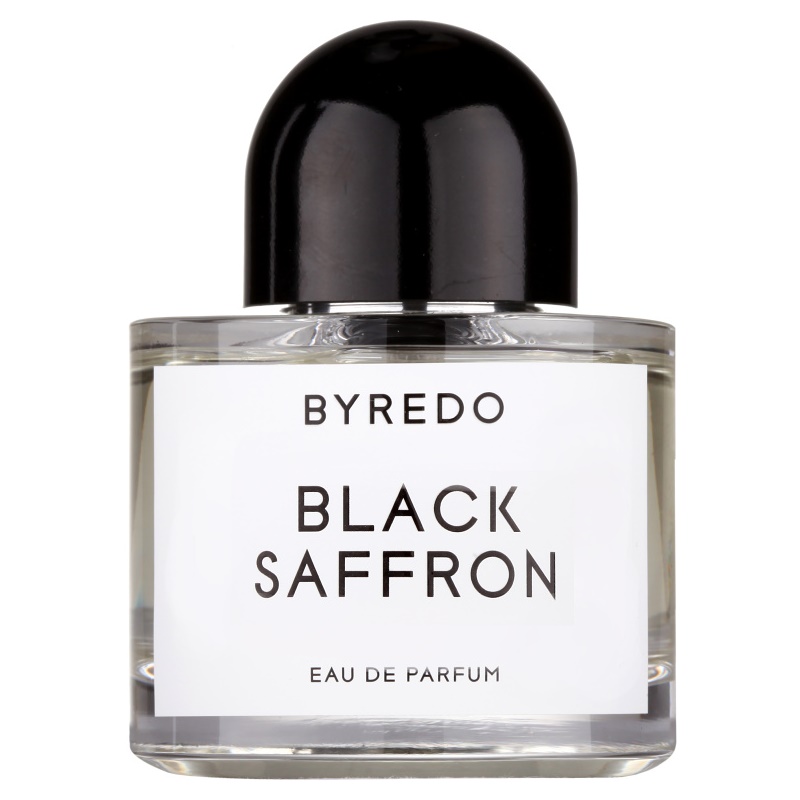 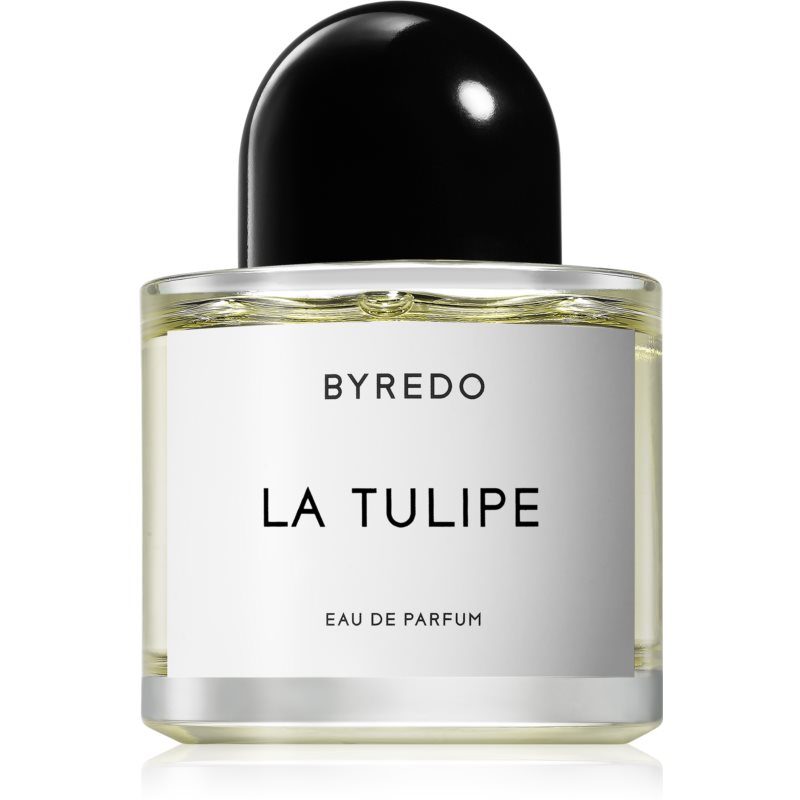 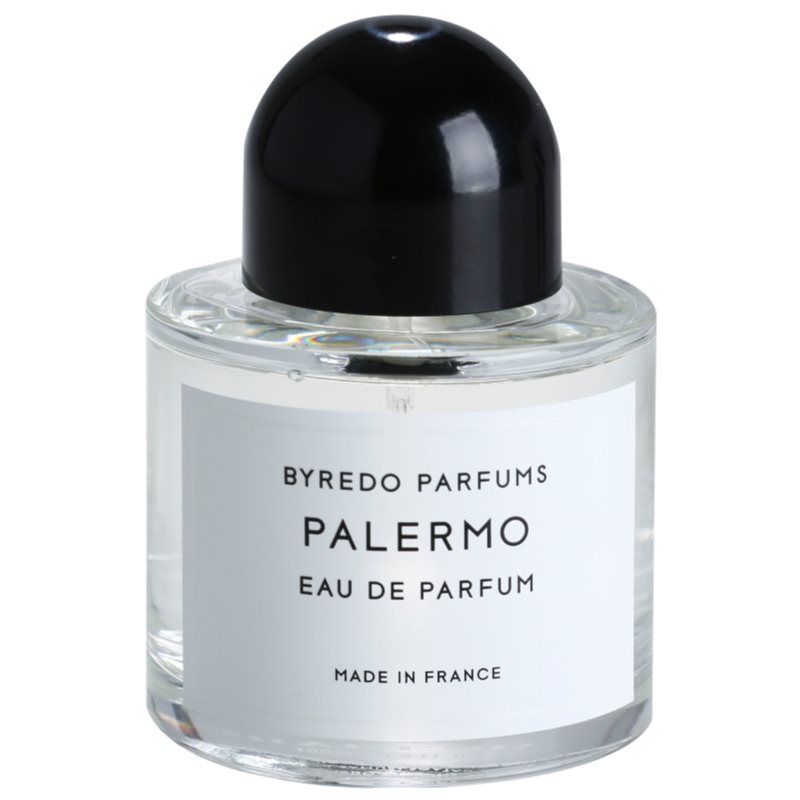 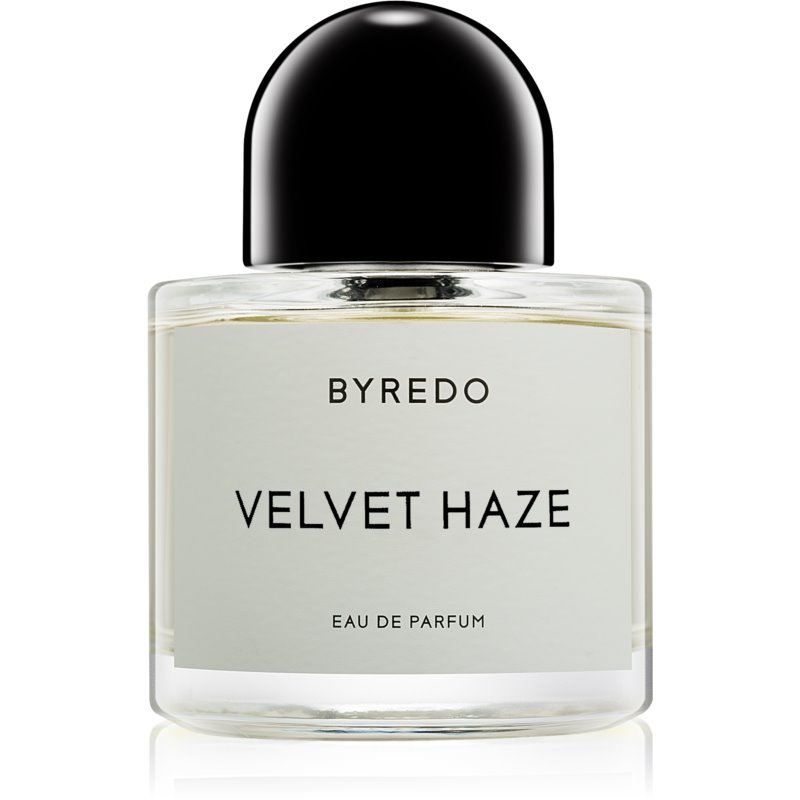 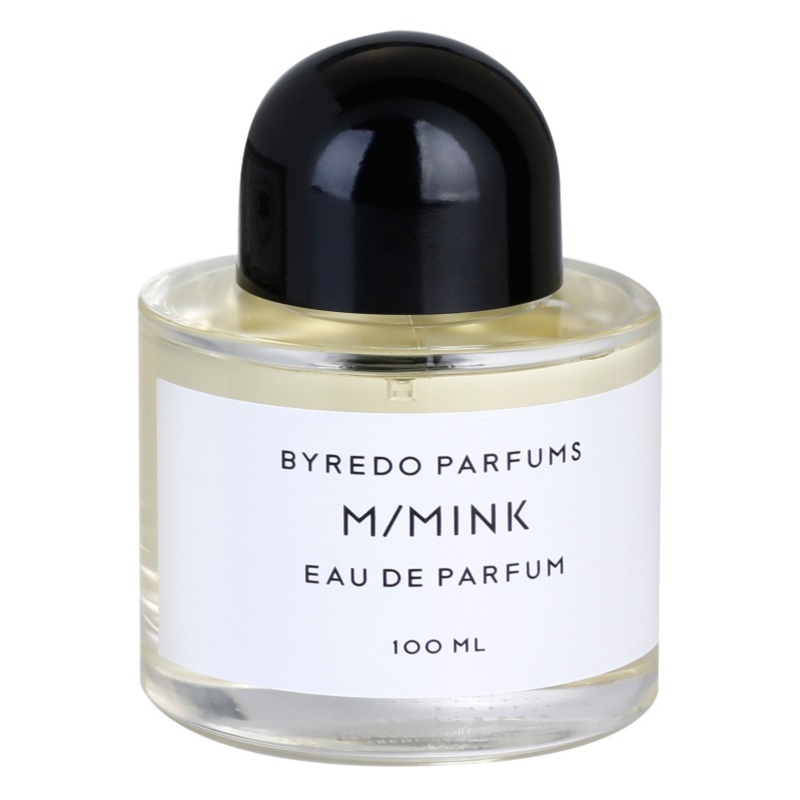 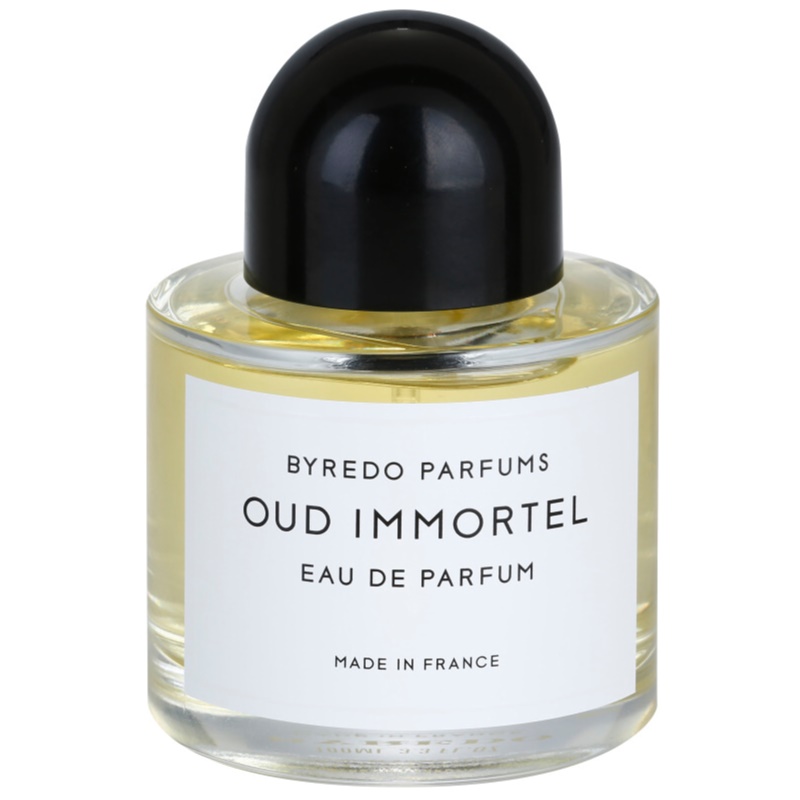 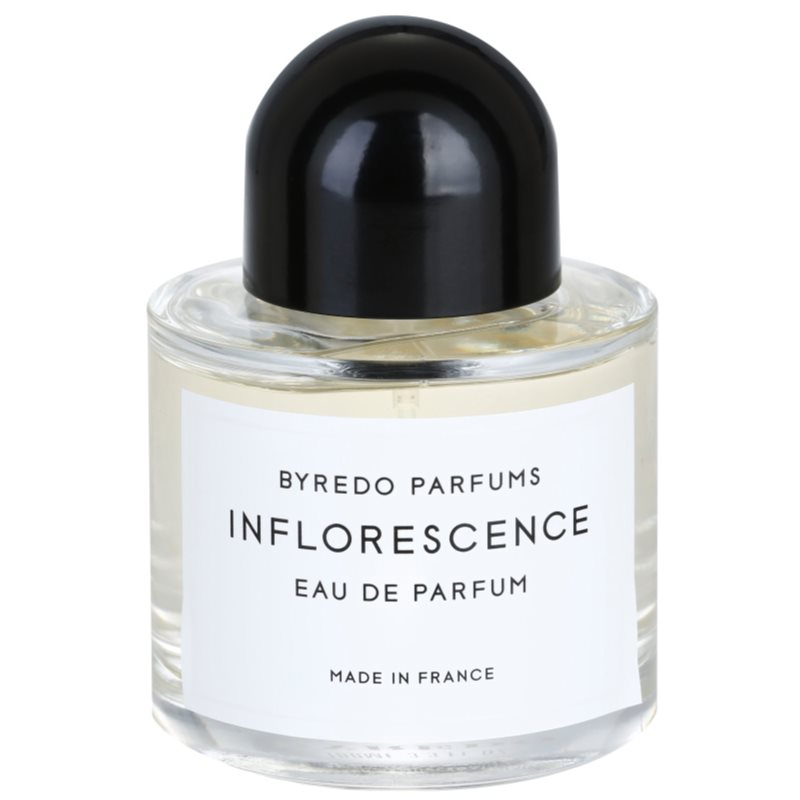 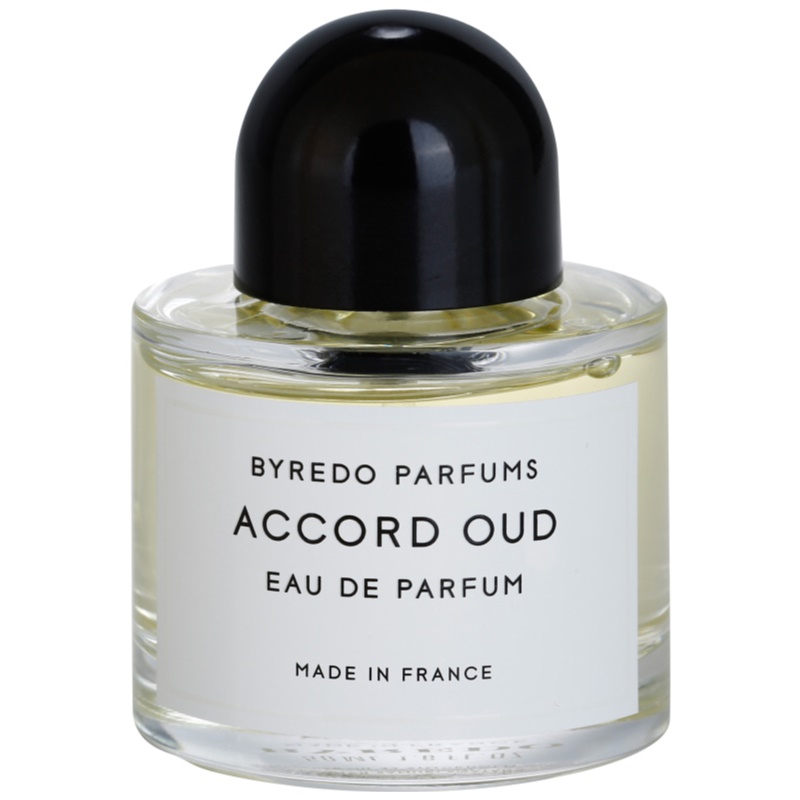 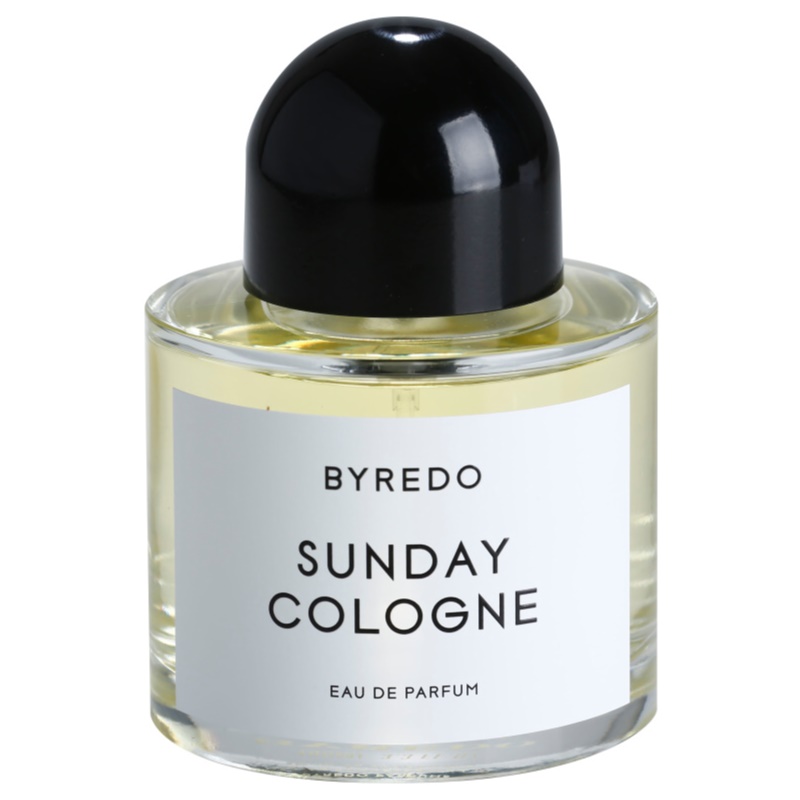 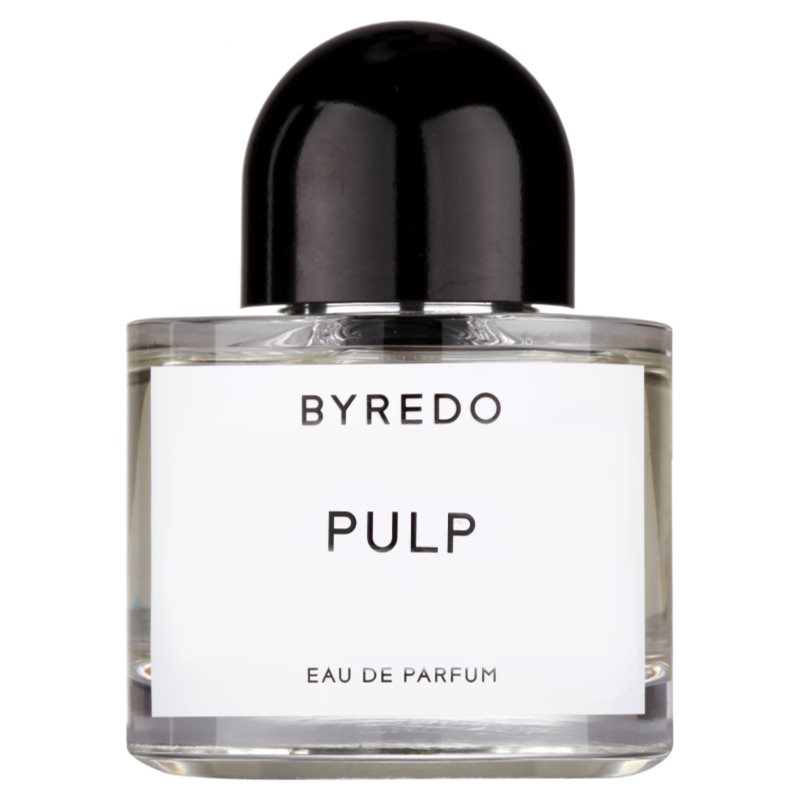 In 2013 Gorham sold the majority stake of the company to the London-based investment firm Manzanita Capital, which has also invested into Diptyque and Malin +Goetz, and owns Space NK. Fashion collabo-rations have helped to

The clean lines of BYREDO’s minimalist packaging also contribute to the very distinctive, modern feel of this new fragrance house. With its Scandinavian roots, and global inspirations, it has blown away many perfume affectionates.

As an outsider in the beauty industry, Gorham is somewhat of an anomaly and has been recognized for his personal style and connection to fashion and art in several international magazines such as French Vogue, Vanity Fair, Elle and Fantastic Man, to mention a few. Forbes magazine named BYREDO’s Super Cedar among the best scents launched in 2016.

Complementing fragrance, there is also a large collection of candles. Bibliothèque, as you would expect, features plenty of leather, alongside vanilla, patchouli, violet and peach, while Burning Rose fuses rose with smoky woods.

The brand is expanding into leather goods and accessories,. The first collection of handbags and small leather goods debuted at Paris Fashion Week in September 2017.

BYREDO is available in Russia, France, Hong Kong, Sweden, the United Kingdom, the United States, and Canada, such as via its website.

Although the business development directions and the corporate development decisions might seem to be a bit contradictory for the first glance, and certain sales channels (such as IKEA) might raise questions, it is worth keeping an eye on BYREDO in the forthcoming years, especially for those who are open for novelties either in terms of scents and fragrances or the ways introducing them to the public.

Focus on eyelashes – alternative to false