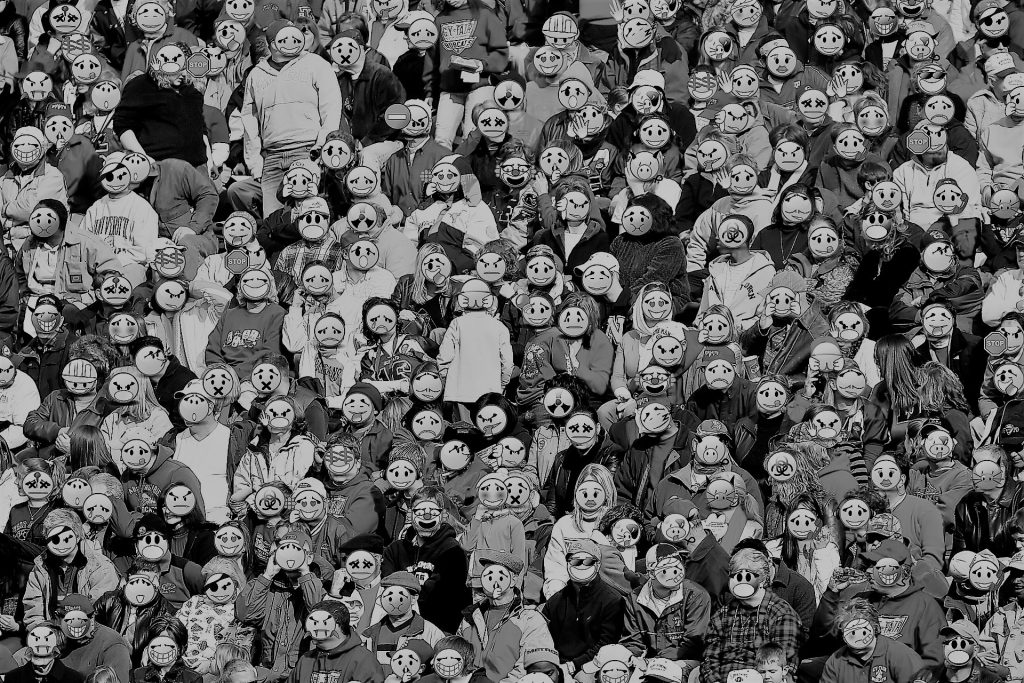 What is happening? How did we become so easy to manipulate? When did we lose the line to such a huge extent? When did we give up the leadership over our own personal life?

Probably it has started when we believed that we can achieve things without any efforts, just buying them as a ready-made wisdom ordered online with a money-back guarantee. When we believed that we could become anything, only need to crave it very intensely and repeat it for ourselves many times a day. When we began to act according to people’s opinion, who we did not even know and, in parallel, question the words of our parents, mentors and friends, or anyone who had been accompanying us in our lives, no matter how much effort, blood and tears were required from them so far… When we started to convert our private relationships into commercial ones, in order to achieve more in our career. When we have become busy, with everything and everytime, in order not to have a moment alone to think about ’why or what for’.

We have arrived here, where we are. We silence our conscience with replacing our profile photo on the social media with a black box, a rainbow, a particular flag, or some statement like ’StayAtHome’. And we can keep continuing to perceive deep inside, that the promotion was provided to someone else on a political basis, because of the gender, race, geographic, or god-knows-what-type of quota; not to hire a gay colleague, simply due to not to put him/her into an inconvenient situation, not because we, in particular, have any problem with the different orientation; to avoid paying for the public toilet of that country and use the public transport without buying a ticket; such as to post pictures about our garden, in our second home, where we are – of course – isolating ourselves. And so on.

Why do not we realize that while doing so, we are exposing the race, gender, orientation, etc. issue, again, in a rather extreme context, probably hurting those, concerned, even more than without taking any position; we make a fashion out of the different sexual orientation instead of leaving it in the private zone, somehow forget about our own home country’s issues when worrying about the others’, and want those ’others’ to solve the problems, for us; such as we think it is all right to clap our hands every evening for the healthcare workers, though keep continuing to avoid taxation, where possible?

I am subjective and disproportional. I can already hear you saying. Yes, I am. I do not want to look objective and like explaining the one and only, the ultimate truth. I just would like to expose one point of view. My perception. My questions. My opinion. Why? Because I would also like to hear, read yours. All of yours, if possible. Your own, subjective, disproportional, but honest one. In order to understand. To learn. To experience. To change, shade, illuminate, contextualize mine. As an example.

Removing iconic films from the broadcast lists, which educated us regarding such basic human needs like love, appreciation, betrayal, but also human relationships, in general, does not help. Removing and refusing a part of humor, sarcasm and irony, because of one particular piece of genetics, or – on the contrary – flood us with a particular orientation just to show ’neutrality’ in the given question, is rather disappointing. It is distorting our realistic perception about the surrounding environment. Forcing everyone to self-censor before telling a story, delivering a speech or providing scientific result, making a joke or recommending a film, in order to be politically correct, is – again –  not only disfunctional, but also detrimental.

There are very different sources of knowledge and experience. We should not throw away any. Past is in the past, the best we can do is to file it as it was, for the matter of fact. Together with the traces of the actual public and private perceptions, emotional backgrounds and subjective evaluations. To understand. To learn. To experience. To change, shade, illuminate, contextualize our recent perception, opinion and emotions. Just to give one example: in order not to let those parts of the history to be repeated that we regret and ruled out in the meantime from the acceptable. We need to be able to educate the forthcoming generations, as well, accordingly.

We are all humans, and our genetics is far not that different as we tend to think. Differences are mostly magnified artificially, thus it is in our hands to engineer them. Re-engineer, if necessary. To make less and less mistakes over time, we need to learn. In order to learn, we need data and information. Pure, genuine and – sometimes –  bare ones. Not only about facts, but also about perceptions. In order not just to learn, but also to understand what we are learning. We must then utilize the knowledge and this understanding. Let us start form here. More accurately, restart. And anytime we feel that we lost the line, stick to this point. How could we forget so quickly – right after a shocking pandemic – how vulnerable we all are?