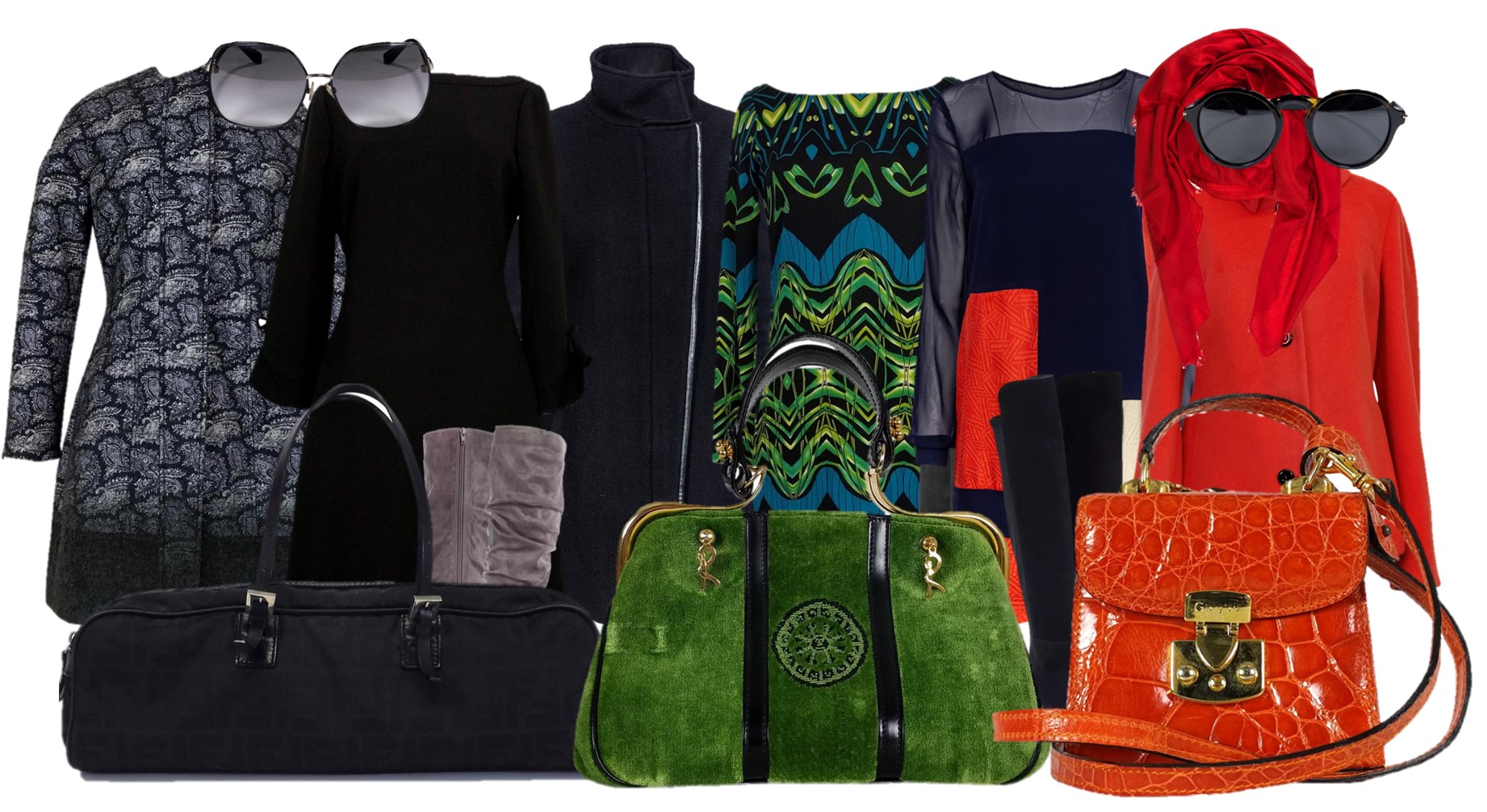 We took a look into the world of vintage the other day, focusing on bags, as design objects having a long untold history and being a memento of long lost times.

Brands like Bally, Coach, Salvatore Ferragamo, Fendi, Louis Vuitton and Valentino do not require introduction when it comes to quality leather goods. Roberta di Camerino, Must de Cartier, Dooney and Bourke and Giorgio’s  may need some, although they all have their history and mark, as well.

We gave some words of history about Bally, Salvatore Ferragamo, Coach and Dooney & Bourke the other day, and today we chose some others.

Women handbags have a shorter history than leather works in general, and many cases followed the shoes collections at the well-known fashion producers. Although, it is not necessarily the case, as we could find several brands where handbags were  in the primary focus – with a reason.

Continue with a probably less known, but rather interesting brand, who does not have a very long history, and probably only the very first works may have reached the ‘vintage’ age. 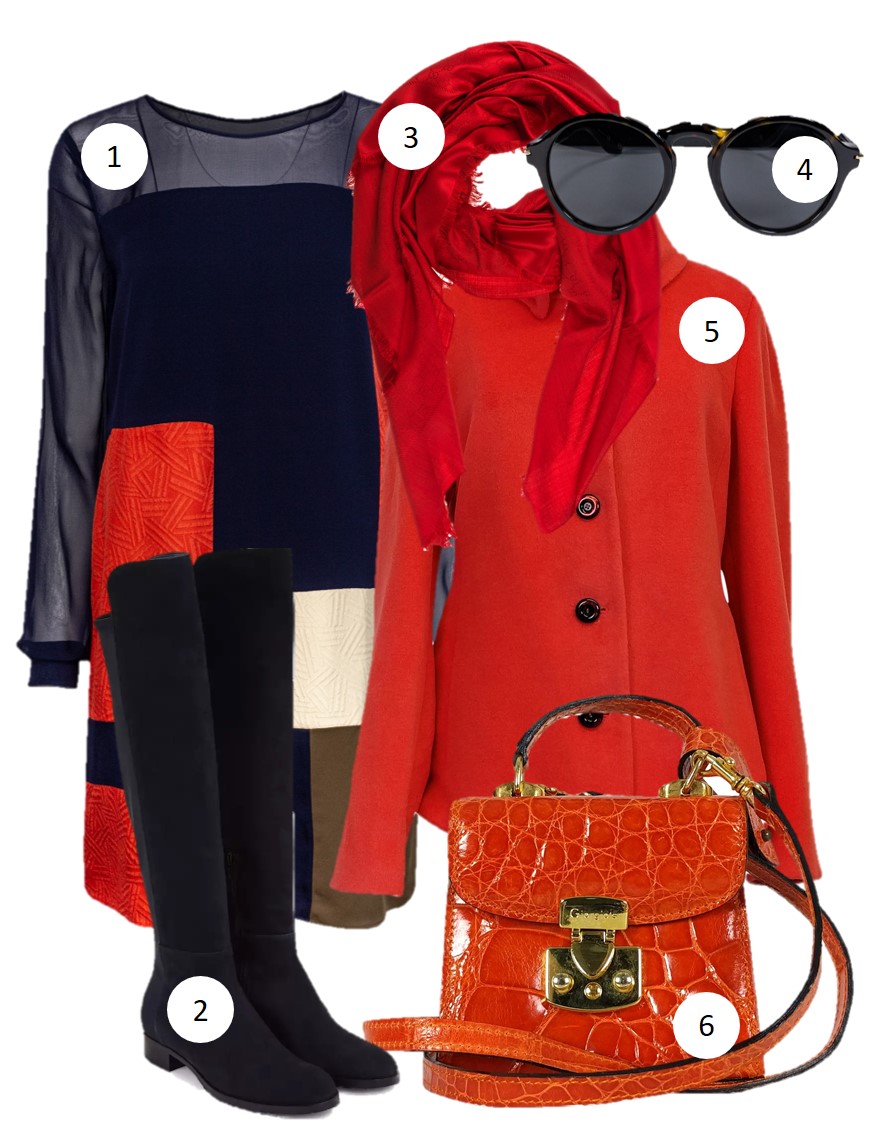 Giorgio’s of Palm Beach is the youngest ‘vintage’ provider in our series, as it was founded in 1988 by Mr. George Sharoubim. His love of beautiful color, luxurious materials and fine craftsmanship drove him to create the World’s Finest collection of handmade clothing for men and women,  alligator and ostrich shoes, handbags, furniture, belts and accessories, all made in Italy.

His flagship store on Worth Avenue in Palm Beach opened in 1999 as one of the finest shops in the world.  Their commitment is to provide the world’s best collection of clothing, shoes and accessories to their  clientele while delivering world class service.

Although the concept and the materials used might raise concerns in environmentalists, the high quality, durability and timeless design may result in long term use and reuse over time.

In our collection it is one of the first pieces. Its color and shape seems timeless, so it was easy to find matching items in the most recent collections. 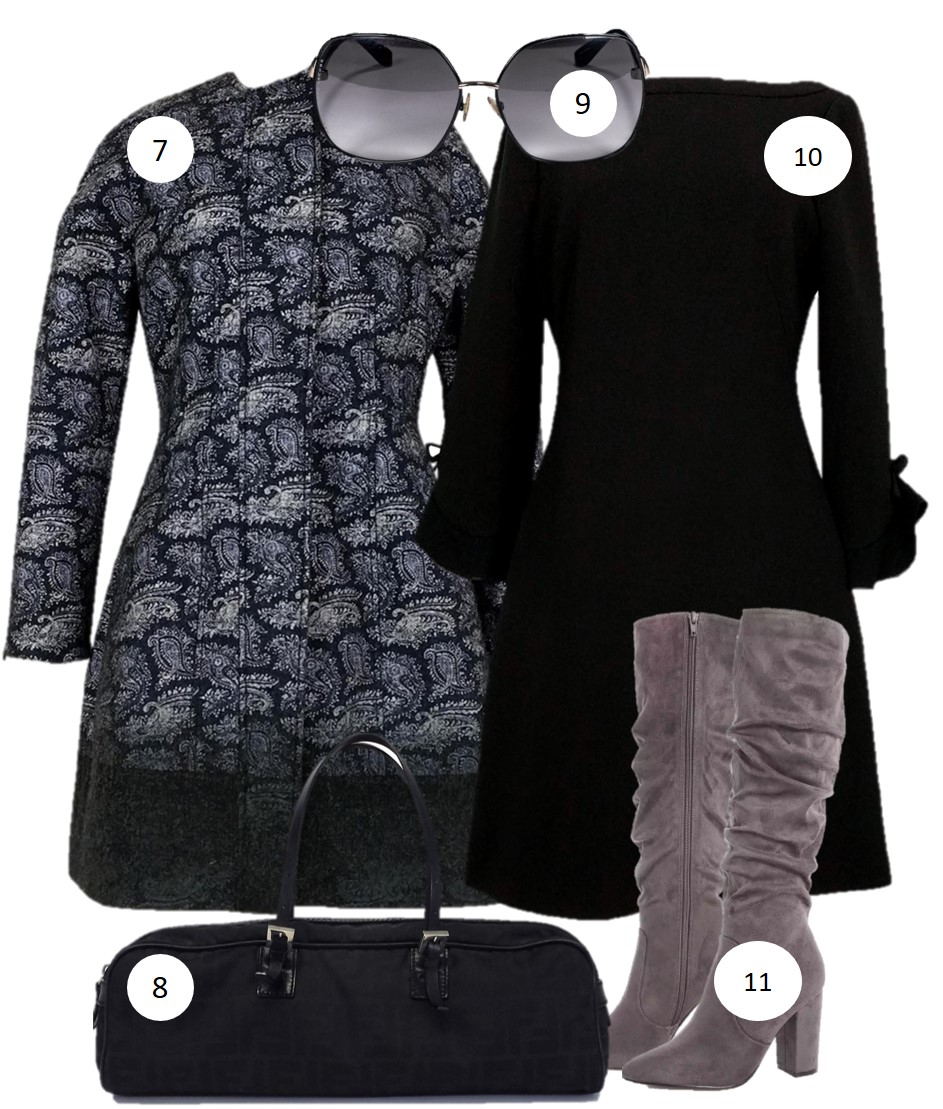 The house of Fendi was launched in 1925 by Adele and Edoardo Fendi as a fur and leather shop in Via del Plebiscito, Rome. Since 1946, the five sisters Paola, Anna, Franca, Carla and Alda joined the company in its second generation as a family-owned enterprise.

Karl Lagerfeld joined Fendi in 1965 and became the creative director of the luxury fashion label’s fur and women’s ready-to-wear collection (launched in 1977). Since 2001, Fendi has become a multinational brand and a part of the Moët Hennessy – Louis Vuitton SE (also known as LVMH), a French multinational luxury goods conglomerate headquartered in Paris. The company was formed in 1987 under the merger of fashion house Louis Vuitton with Moët Hennessy, a company formed after the 1971 merger between the champagne producer Moët & Chandon and Hennessy, the cognac manufacturer. It is listed on the Euronext Paris exchange.

In 2015, Fendi funded the restoration of the Trevi Fountain in Rome, and held the company’s 90th anniversary show over the fountain using a plexiglas floor. Fendi signed a partnership with the Galleria Borghese to support the museum’s exhibitions for the following three years. In 2017, Fendi released a customization shop in collaboration with e-commerce platform Farfetch for made-to-order handbag designs.

Our selection today is a black bag, which stands out from the crowd with its materials and shape, which makes it really timeless besides being stylish and easy to wear in several contexts.

The fashion house Roberta di Camerino was founded in 1945 when the Camerinos returned to Italy after the World War II ended. It was named after the film Roberta, starring Fred Astaire and Ginger Rogers. The song Smoke Gets In Your Eyes from the film was the last song that Giulliana Camerino danced to before fleeing for Switzerland, and so she took the professional name Roberta as a memory of earlier, happy times.

Unlike the majority, Roberta di Camerino focused on handbags from the start. They were renowned for their innovativeness. They used richly patterned and coloured fabrics that had formerly been only used for clothing. In 1946, she made a bag patterned with a trellis of R’s, foreshadowing Gucci’s G’s; in 1957 she made woven leather bags before Bottega Veneta did, and in 1964, she made a handbag with an articulated frame that was later reproduced by Prada. Her designs were widely copied, about which she had always been upset.

Camerino won a Neiman Marcus Fashion Award in 1956 in recognition of the success and influence of her handbags. Her cut-velvet bags featured brass hardware made by Venetian craftsmen, and were carried by celebrities such as Grace Kelly, Farrah Fawcett, and Elizabeth Taylor. In addition to the handbags, which often featured trompe l’oeil buckles and flaps, Roberta di Camerino also sold coats, dresses, and other pieces of clothing.

In 1980 Camerino closed her fashion house in order to focus her energies into profitable licensing deals for ties, scarves, aprons, and wallpaper. That same year, the Whitney Museum of American Art held an exhibition of her work. Another exhibition of her work was held at the Fashion Institute of Technology museum in late 1999.

As a kind of tribute, we have selected one of the iconic pieces with green velvet and brass, which somehow calls for additional strong colors in a modern outfit, though also some calming down effect given by the black coat and boots.